What is malware and why should your business care? 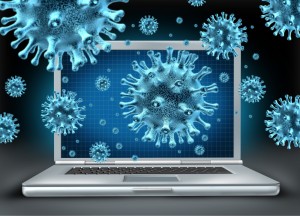 Yet another IT buzzword, ‘malware’ seems to be almost as ubiquitous as ‘Cloud’. So what is malware, and why does your business need to pro-actively engage with this issue?

Malware is a combination of the words ‘malicious’ and ‘software’. Essentially malware applications have been specifically designed by hackers to cause problems.

The most well-known example of malware are computer viruses: small applications that damage and delete files, or steal information for hackers. Trojan horse infections, ad trackers, ransomware and spyware all class as malware because they steal information, compromise computer security and inhibit performance.

What are the potential problems with malware?

Malware typically compromises computer and network security, creating a backdoor into corporate systems. These backdoors can then be used to steal sensitive data, take control of computers for use in other cyberattacks, or to simply destroy information and systems. Because there are so many variants, the outcomes of a malware infection vary widely.

Adware tends to be more annoying than destructive – for instance, causing unwanted adverts to pop up as users browse the web. Adware typically causes few real problems beyond making computers run more slowly, although some variants track users across the web, harvesting data about their habits.

Ransomware is very destructive: it encrypts files and documents rendering them unreadable, before demanding that you pay for the relevant decryption key – a sum that usually runs into the thousands of pounds. It is almost impossible to remove ransomware without paying the ransom, or writing off your computer, so avoiding infections is vital.

Trojans create a backdoor into your corporate network through which cybercriminals are able to access your intellectual property. They are then free to steal sensitive information whenever they choose. The cumulative cost of IP theft is huge, and could even threaten the existence of your business if left unchecked.

Worms are so named because they have the ability to replicate themselves, increasing the spread of the infection and the potential impact. The “payload” (the intended effect of the malware) differs from worm to worm, and may lie dormant for months, ready for activation by hackers as part of a botnet, or for theft of your data.

The first line of defence against malware is a reputable antivirus package that can detect and remove infections, before hardening your system to protect against future attacks. As we’ve reported previously on this blog, antivirus is an essential investment to protect your business against malicious software that compromises your security, potentially damaging files and exposing intellectual property for theft by criminals.

You should also consider adopting a business-grade email-spam filter, as many malware applications can be delivered via email to unsuspecting employees, and once opened, are then within your firewall.

To learn more about protecting your business against malware, please give our IT support team a call.