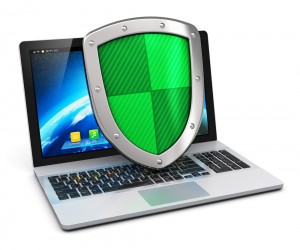 There is a general apathy towards viruses and malware – perhaps fed by the rise of Windows-alternative operating systems like Apple OS X, Linux and Android, which present less attractive hacking targets; improved network perimeter security; and the release of built-in protective tools. Statistically there are more viruses in the wild than ever before, but many users run their computers without ever installing antivirus software.

So, why are we paying less attention to our own security, and what are the realities of antivirus requirements in today’s threatscape?

1.      Too much emphasis on anti-hacker defences

Most people find it much easier to imagine a lone hacker, keying away in an attempt to steal corporate data, than the silent malware infection which does all the hard work effortlessly. As a result, many end users are focused on measures that will keep hackers out, such as perimeter firewalls.

But the reality is that most hackers rely on viruses to breach network defences, allowing them to connect to infected machines as and when they choose. Without antivirus software to protect PCs and servers, users are actually making the hacker’s job easier.

Almost as common as viruses themselves are rumours and half-truths. From “virus-proof operating systems” (a common untruth told about Apple computers) to built-in protection tools (the partially secure Microsoft Windows Defender tool), a lot of anecdotal evidence can lull users into thinking that antivirus software is just another optional running cost.

Actually, no operating system is completely secure against viruses: Windows is the most targeted OS, and there is correspondingly less Linux malware in the wild, but both Windows and non-Windows users still need antivirus. Generic operating system extensions aren’t sufficient to cope with modern malware unaided, if targeted.

Although packet inspection techniques and spam/email scanners can capture most malware before it ever reaches the user’s computer, they cannot protect against problems that originate from inside the network.

As BYOD and remote working becomes more commonplace, users are regularly transferring files using USB drives, and mobile phones and tablets. Even using Cloud storage entirely for remote-working business file storage is not completely proof against common user errors that introduce viruses. So without malware protection inside your business network, there is nothing to stop introduced viruses propagating across all your resources.

4.      The impacts of antivirus software

As antivirus software scans files, there is a definite impact on the machine’s performance which can be frustrating (especially when working to deadlines), and has doubtless prompted many business users to not install antivirus software.

But the reality is that only a second or two (maximum) of delay is required to scan files for malware, and this is nothing compared to the downtime required to remove a virus infection which can take hours or days. And in the case of some ransomware, the infection may never be removed without paying a ransom, or even total loss and replacement of hardware.

Yes, you do need antivirus!

Ultimately, antivirus software for every system connected to your business network should be a basic requirement, because its benefits far outweigh any perceived issues. Without protection, your business risks serious user disruption, potentially irreparable damage to your brand reputation, and where personal data is compromised, the additional risk of prosecution under the Data Protection Act 1998 for failing to provide adequate protection.

So don’t make yourself or your company an easy target through laziness and half-truths about antivirus software – contact Broadband Cloud Solutions to discuss the best solution for your business, and keep your data protected against malware.