How to avoid Windows 8 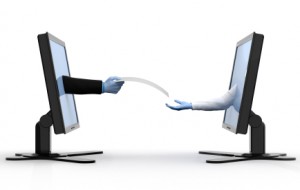 Justified or not, Windows 8 has been given something of a bad press since its release last year. An unfamiliar interface coupled with having to learn new ways of working have led many businesses to stick with Windows 7, or even XP.

However, all new PCs are now supplied with Windows 8 as standard, and the option of downgrading to Windows 7 is being withdrawn. It is also getting harder to source legitimate copies of Windows 7, forcing business owners down the route of Windows 8 adoption.

Businesses still using Windows XP face a double dilemma, as support for the operating system expires in April 2014, just 9 months away. Again, users will need to upgrade before then, or risk being left without ongoing product support from Microsoft.

Fortunately there is a solution to both problems. Hosted desktop solutions that operate using Windows 7 as the host operating system provide the familiar user experience – without needing to track down and buy an increasingly rare licence.

A Windows 7 hosted desktop operates in exactly the same way as a standard PC; the only difference being that the user connects to a remote computer to access programs and files. The user experience is exactly the same once the session is connected, so staff can still be productive within minutes.

If your business would like to know more about how hosted desktops can standardise your computing environment and avoid Windows 8, call the Broadband Cloud Solutions team today on 0141 585 6363.