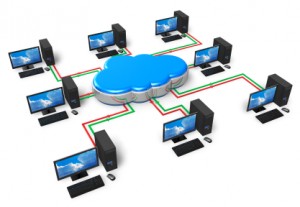 Research completed by computer scientists at Deutsche Telekom has found that businesses can extract greater value from their Cloud computing investments by carefully considering the hardware that their provider offers. The research indicates savings of almost a third were possible just by identifying the chips used in the servers that were being rented.

The team behind the research found that although the services they tested were billed as using the same server hardware for all customers, there were in reality some distinct variations. As a result, some users were able to access more efficient computing resources than others.

The team spent a year analysing various Cloud subscriptions and the server hardware supporting them. On average they found that there was a 40% performance boost for applications running on newer Cloud clusters than those on older servers.

As a result of these findings, researchers calculated that cost savings of up to 30% could be realised by having applications hosted on the newer Cloud clusters, as the underlying servers are able to process data much quicker.

Whether the research will encourage Cloud service providers to improve their server hardware refresh schedules remains unclear. It does, however, add another factor for potential buyers to consider before signing a Cloud service contract.