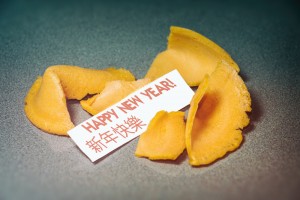 The New Year is a great time to take stock and try to plan for the next 12 months (and beyond), so what do you need to know for the coming year? What are the IT challenges and opportunities you will face in 2016? Read on to find out…

A solution to the Cloud sovereignty issue?

In September 2015 the European Commission ruled that the Safe Harbor agreement used to transfer data outside the EU to datacenters in the US was illegal. Current providers were given three months grace, during which period the Commission would look at strengthening the agreement to prevent sensitive data belonging to EU citizens being accessed secretly by US security services.

The consideration period expires later this month, and it is hoped that a proper solution will be forthcoming. Most likely the Commission will ask providers for further guarantees of data security, but there is a possibility that service providers may be forced to establish datacenters in the EU instead in 2016. To avoid all doubt, your business could choose an EU-based Cloud data storage provider now.

As covered on the blog last month, the wholesale cost of .uk domain names is set to rise later in 2016. The price of website addresses will still be relatively affordable, but there are concerns that this increase could be the first of many, perhaps even creating an annual rise similar to train tickets and the like. To avoid future price increases for up to decade, you should renew your domain now.

The Internet of Things will take off

The ‘Internet of Things’ (IoT) may be something of a joke in tech circles – who really needs a WiFi connected fridge or coffee machine? But the reality is that smart monitoring has a number of practical applications in modern business.

From tracking the progress of raw materials around a warehouse, to automatically adjusting lighting and temperature in offices, IoT technology can make thousands of tiny adjustments that have a big effect on efficiency and costs. And as IoT deployment and availability moves beyond consumer-grade novelty goods, we can expect to see more intelligent business usage in the coming months.

Spam will continue to threaten business time and resources

Surprisingly, the total global volume of spam sent dropped slightly last year, but the scams behind each message became a lot more effective to compensate. In 2016 you can expect to see more ‘spear phishing’ attempts, where specific individuals are targeted with carefully crafted messages that try and trick them into handing over sensitive data, like passwords and bank account details.

To avoid falling prey to these scams, businesses will need to beef up their anti-spam provisions, preferably catching these unwanted messages before they reach the network perimeter. Expect to see Cloud-powered mail filtering continue to grow in importance over the coming months.