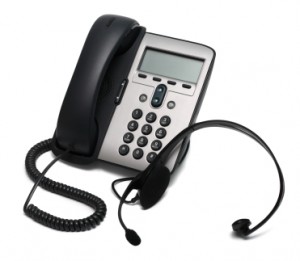 Despite what the current media obsession might suggest, phone hacking is not a new concept. Mobile phone calls between were being intercepted in the 1990s, long before journalists began accessing the voicemail of prominent people.

However, with technology becoming more and more intrinsic in everyday life, phone hacking is becoming an increasing concern for businesses of all sizes. Most recently, Microsoft has come under fire for providing a backdoor by which Skype VoIP calls can be intercepted by law enforcement.

For business concerned about industrial espionage and data theft, placing telephone calls via the Internet using VoIP is a justifiable worry. So what can your business do to increase the security of VoIP calls?

Here at Broadband Cloud Solutions we recommend that businesses investigate using Virtual Private Network (VPN) technology to provide an additional layer of protection for their calls. Using a VPN, data and calls are encrypted between your phone handset and our hosted VoIP exchange. This encryption prevents cybercriminals or spies from “eavesdropping” on calls so that only you and the recipient understand what is being said.

VPN technology is often used by companies to secure data communications between remote users and the file server located at head office. However, many forget that voice calls should be protected in a similar way to keep IP and sensitive data safe.

To find out more about securing VoIP communications without busting your IT budget, give the Broadband Cloud Solutions team a call today on 0141 585 6363.