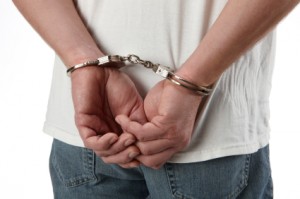 In recognition of World Intellectual Property Day (April 26th), the City of London Police has announced the suspension of 2,500 websites it suspects of being used for illegal purposes. Counterfeit websites purporting to belong to brands such as Gucci, Hollister and UGG had all been taken offline as a result of Police action.

The announcement is the first since the City of London Police force was given new powers to target counterfeiters and cybercriminals. As part of its new remit, the force can take an illegal website offline more quickly, helping to limit the criminal’s activities.

Less successful however have been attempts to shut down websites that specialise in sharing and distributing intellectual property and copyright materials. The City of London Police has so far refused to comment on how many piracy websites it has been able to disrupt, with no new figures released since some early successes in October 2013.

For business owners and consumers, the latest figures should be reassuring. The police are clearly stepping up efforts to combat cybercrime and to protect business and shoppers alike, making the internet a safer place to trade.

“The fact PIPCU [Police Intellectual Property Crime Unit] can announce on World IP Day that in the eight months since launching we have suspended more than 2,500 infringing websites is further evidence of the expertise of our officers and the level of their commitment to clamp down on IP crime,” said Detective Inspector Andy Fyfe, echoing these sentiments.