Who owns the Internet? 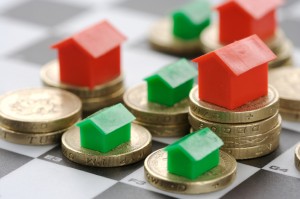 Ever since the first incarnation of the Internet was developed in the 1960s, it has been run by the US government. Few people realise that the Internet Corporation for Assigned Names and Numbers (ICANN), who up until 2015 will manage global domain names, is actually an arm of the US Department for Commerce.

So at the moment, the US government runs the Internet. But all this will change next year.

From the middle of 2015 however, ICANN’s duties will be passed on to another equivalent body, ending the US government’s association. Many will see this transition as a good thing for Internet “openness”, assuming that these obligations will be taken on by an egalitarian organisation.

However there remains the possibility that the dissolution of ICANN will bring about the privatisation of the Internet as big businesses seek to extract more money from the system. Some commentators suggest that the United Nations may step in to assume control, although concerns have been expressed over whether they have the required transparency and commitment to accountability.

Several conferences are scheduled with a view to determining exactly who will take over from ICANN, but the process is expected to be long, and subject to much dispute.

By ceding management control, the US government has brought the Internet to another critical junction in its evolution. And whoever takes on the role left vacant by ICANN will define whether the Internet remains relatively open, or whether bureaucracy threatens to close aspects deemed to be subversive.

Our mission is to supply high quality internet solutions to individuals and businesses of all sizes. From traditional domain names and web hosting to cloud services such as Hosted desktop and LiveDrive, we offer essential services and products that are both affordable and good value for money. Please give us a call on 0141 585 6363 to speak with a member of our friendly team.