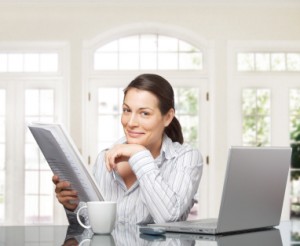 Yahoo has recently contacted all of their staff to announce a ban on “flexible” working with immediate effect. The idea is intended to improve team collaboration by having everyone working together in local offices.

However, Yahoo’s decision runs contrary to wider industry trends which are seeing a dramatic increase in flexible and remote working. Research seems to suggest that flexible working provisions boost productivity, rather than hinder it.

Brigham Young University completed a study in 2010 which found that on average staff were only happy to work for 38 hours each week in an office before they felt their personal life was affected negatively. By contrast, the same employees would commit up to 57 hours when working from home without feeling they were being impinged upon.

Expecting staff to work from a central office is known to encourage a culture of “presenteeism”, where employees believe it is more important to be seen at work rather than the quality or volume of work which they do while they are there. Further research from Stanford University found that remote working actually increased productivity by 13% – the financial equivalent of $2000 per year.

With such benefits available through flexible working, it would appear that Yahoo could be on the verge of making a costly mistake.

If you would like to know more about how to implement flexible working and boost productivity with hosted desktop solutions, call the Broadband Cloud Solutions team on 0141 585 6363.