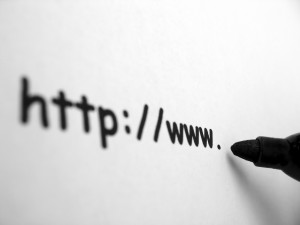 Later this year ICANN is will be handing responsibility for managing the World Wide Web’s domain name system (DNS) to another party, and with it, the role of ensuring traffic is directed to the right site. But even at this late stage in their tenure, ICANN is working to make changes, some of which are raising questions.

Of chief concern to many small businesses, freelancers and individuals is the proposal to end anonymous domain registrations, requiring everyone who buys a domain name to supply their real name and an official address. This will then be added to the WHOIS record associated with the domain name, making the details publicly accessible to anyone.

For every person who is happy to share their private information with the world, another prefers to use the web anonymously. Support groups and websites designed aimed at vulnerable people like abused partners are intended to offer anonymity to their members who may be placed at risk should their identities be revealed.

Under the current system, domain names can be registered with the option of keeping the registrant’s details secret. Performing a WHOIS search on these protected records does not reveal the identity of the owner.

Unfortunately hackers and cybercriminals have been using this provision to register domains (with a stolen or forged credit card) and rob the general public with official looking websites. And it is for this reason that ICANN has been advised to change the registration system by a number of powerful industry bodies such as the Recording Industry Association of America (RIAA) and the Motion Picture Association of America (MPAA).

No more no names

The simple answer to the hacker problem, which ICANN seems almost certain to adopt, is to remove the ability to register domain names anonymously. The new regime will not only demand registrants supply a ‘real’ name, but that those details are then published publicly on the domain’s WHOIS record.

In many cases this presents no problems at all. But as in the example above, sites that deal with delicate or even politically sensitive issues could place the owner or service users at personal risk. More worryingly still, domain registrars and companies responsible for selling addresses could be forced to hand over personal contact information in the event that someone lodges a trademark infringement complaint – even if that request is completely spurious.

ICANN has not yet published a final decision about anonymous WHOIS records, nor any guidance for persons or businesses who may be affected by a change. Unfortunately this means anonymous domain registrants are unable to properly plan for the future – but it seems worthwhile for such users to explore how having their identity exposed may affect them, so that they can take necessary steps if required.

Whether ICANN manage to squeeze the change through before they hand over the reins to the global DNS system remains to be seen. But for now, those reliant on anonymous DNS face a challenging decision that needs to be taken and actioned sooner rather than later.