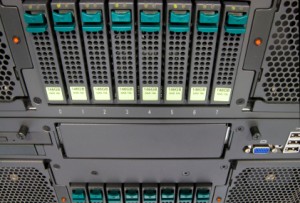 According to senior systems consultant Tikiri Wanduragala at IBM, the next major development in cloud computing will be the availability of supercomputing abilities for smaller businesses. Normally supercomputer processing is the preserve of the very largest companies, because it costs vast sums of money, so this prediction from IBM is very interesting.

For businesses involved in complex modeling, like fluid dynamics or thermodynamics, supercomputing allows for virtual scenario testing, where in the past a physical equivalent would need to have been built. Using a cloud-based supercomputer service, smaller businesses would be able to “lease” the data processing capabilities for just as long as they require.

Cloud-based supercomputing has one major benefit for the SME – reduced costs. To access supercomputing processing, normally your business would need to own a supercomputer, as well as handling the additional costs of maintaining and programming the system, which requires a full time staff of its own. Paying only for what you use is a much more attractive proposition.

However the change comes about, SMEs will certainly win from this predicted development.