Hurricane Sandy – How the Cloud could help affected businesses 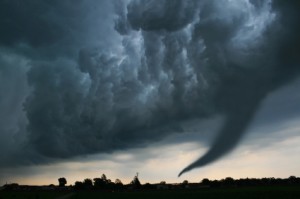 Hurricane Sandy has well and truly arrived across the East coast of America, bringing with it much devastation and destruction. Thousands of people have been evacuated from New York City, entire buildings have been torn down, and even the trading floor of the legendary Stock Market is closed as a result of the “Frankenstorm”.

As the storm approached, however, several technology companies were preparing their data centers for expected power outages and damage to communications links. Data was replicated between various sites to increase resilience and ensure that no matter what Sandy brought with her, IT systems would remain online for business as usual.

Cloud computing is now playing a major part in these previsions, by allowing businesses to move their data out of local data centers (which are vulnerable to storm damage) and into a globally-distributed network which is not subject to local weather conditions. The data remains available at all times, allowing businesses to remain operational even if their local office has been affected.

The media coverage of Hurricane Sandy will primarily focus on flooding and damage to buildings, but many IT experts will instead be watching how the scenario unfolds and just how helpful cloud computing proves to be. For businesses flooded out of their buildings, cloud computing could mean the difference between ongoing success or a disaster-induced disaster.