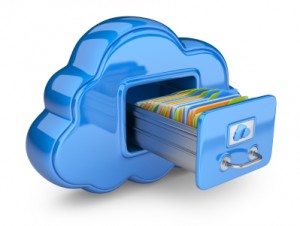 Earlier this week, news broke that hackers had successfully cracked the encryption algorithm protecting files stored in the Cloud using the Dropbox service. Speaking at a security conference, two developers presented details of how they had successfully defeated the two-stage authentication process used by Dropbox to confirm users’ identities.

For many small business owners, this discovery may lead them to fear that all Cloud file storage services are similarly vulnerable. However the exploit published last week relies on several other factors, not least direct access to a computer running Dropbox at which point the hacker would have access to all of a company’s data anyway. It therefore transpires that general PC security is of far greater importance for protecting company data than the use of Cloud file storage services.

For businesses who would like to use the Cloud for file hosting but who remain concerned about Dropbox’s security, there are other services from which to choose. LiveDrive from Broadband Cloud Solutions similar functionality, but with enhanced options such as workgroup collaboration allowing teams to remain productive anywhere in the world. LiveDrive also benefits from using UK-based servers, keeping data stored securely in Europe and in line with local data protection laws.

To find out more about LiveDrive and how your business can avoid some of the security issues associated with Dropbox, call the Broadband Cloud Solutions team today on 0141 585 6363.