Can the Cloud save the European economy? 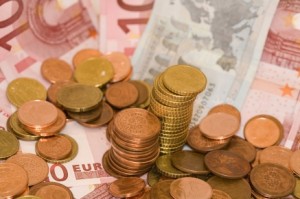 The EU has announced a new Cloud strategy which is hoped to result in the creation of millions of new jobs and boost the European economy by as much as €160 billion. The idea is to take Europe forward from being “Cloud friendly”, and turn it into “Cloud active”.

Cutting through the buzzwords, the EU Commission hopes to reduce IT operating costs by between 10 and 20 per cent by “unleashing the potential of Cloud computing in Europe”.

The strategy breaks down into three key components:

With the completed framework in place, the vice president of the EU’s digital agenda Neelie Kroes believes that private companies will overcome the perceived barriers to Cloud adoption. “If we do remove them, virtually every company, 98 per cent of them, say they would increase or start investment in the cloud,” she was quoted as saying.

With a potential economic stimulus of €160 billion it is easy to see why the EU is so keen to get companies investing in Cloud usage. “Cloud computing is an opportunity our economy cannot miss,” Kroes said. “Let’s seize it, with an approach that is ambitious, effective, and European.”

If you would like help with integrating the Cloud into your business setup to take advantage of the significant cost savings offered, call Broadband Cloud Solutions today on 0141 585 6363.