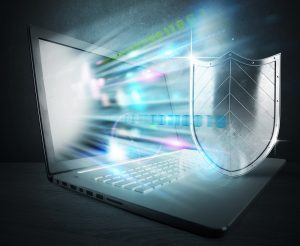 It is no exaggeration to say that your employees represent the most significant threat to your IT systems and data security. So how can antivirus software help combat this?

According to the 2015 State of the Endpoint Report from the Ponemon Institute, negligent employees are believed to present the greatest source of endpoint risk as identified by 78% of respondents. Training backed by a strict (but fair) discipline regime is vital to reduce negligence and to help employees reduce risk, becoming a vital security asset in the process. However, even if you do improve security standards, malware will still sneak through your defences – this is where antivirus software is vital.

The most common source of malware and viruses is email. By opening infected attachments, employees will often install or download viruses unwittingly, giving cybercriminals a ‘back door’ into your network through which they can access your sensitive data.

Antivirus systems can help on two levels – at the server, and on the the desktop.

Antivirus on the server

These days mail server antivirus is not usually installed on the server. Instead incoming email passes through a hosted ‘gateway’ located in the Cloud where it is scanned for the presence of malware. If something untoward is identified, the message is quarantined at the gateway.

The genius of the gateway approach is that your mail server is not subject to additional processing load which has been known to delay incoming email. Perhaps even more importantly still, scanning email in the cloud means that malware never actually reaches your network, making your data much more secure.

Antivirus on the desktop

An additional layer of security can be added by installing antivirus software on your desktop/laptop PCs. Applications like NOD32 Antivirus monitor files installed on the local PC, blocking access to infected applications and malware.

This is particularly useful for occasions where an infected file manages to squeeze through your server antivirus scanner, or if you don’t have server-based scanning at all. As your user attempts to open an infected attachment, it will be scanned – if anything untoward is detected, access will be blocked before the malware can install itself and cause any damage.

A second source of malware is the internet itself. Hacked websites can automatically download malware to unprotected PCs, installing itself in the background to steal data or to create a back door into your network. Advanced security tools like the Internet Security (Business Edition) package scan websites as your employees browse, checking against a central database of known malware distributors. Anything identified as being less than 100% trustworthy will be blocked, preventing access and stopping any malware before it can be downloaded into your network.

Your corporate data is one of your most valuable assets, so you need to take every precaution to protect it. Whether your employees share that same priority or not, you can use technology to raise standards and security.

For more help and advice on how to use antivirus tools effectively in your business, please get in touch.