5 things we learned about online security in 2014 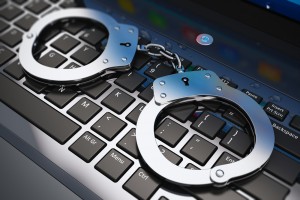 Just like every year that has preceded it, 2014 has had a number of serious online security events which hold valuable lessons for us all. Here are the top 5:

Several celebrities faced extreme embarrassment after their “intimate” personal photographs were stolen from their iCloud accounts. Depending on who you listen to, Apple’s systems were either breached thanks to an incredibly sophisticated and audacious hacking, or because the affected users chose to use “weak” passwords.

Lesson: The Cloud is not impervious to security breaches, but you must choose a strong password to reduce the risk of being “hacked”.

Sony took the unusual and highly controversial step of cancelling a movie premiere after hackers claiming to represent North Korea hacked into company systems and stole sensitive personal data belonging to employees. The hackers threatened to expose the information if Sony did not withdraw “The Interview” – a comedy making fun of North Korea’s leader Kim Jong-Un – from cinemas. Some commentators suggest that a disgruntled employee could actually be the source of the breach, but White House officials have declared the hacking as an example of cyber warfare.

Lesson: Cyber warfare between nation states is no longer just an open secret, and businesses may find themselves in the firing line.

Using personal data gleaned from the Hotels.com booking service, scammers called thousands of holiday makers, telling them they needed to pay for their accommodation in advance. The telephone operator would take the unwitting dupe through a series of “security checks” before directing them to a website where they would pay for their hotel – unfortunately the site was fake and the money went straight to the scammer, leaving many of the victims having to pay twice for their holiday.

Lesson: If in any doubt about a phone call, ring the company yourself – some potential victims avoided this scam by contacting hotels direct.

4. Apple devices are not invulnerable to attack

Apple Mac computers and iPhones have long managed to avoid the security problems that plague Windows and Android devices. But 2014 saw the discovery of both WireLurker and Masque malware, both of which proved quite effective at stealing personal data.

Lesson: Only install software from authorised app stores or reputable vendors to avoid the risk of exposing personal data to malware and hackers.

5. There are fewer cybercrime kingpins than we thought

Europe’s Cybercrime Center went on record this year claiming that there were just 100 cybercrime kingpins in action worldwide. These 100 individuals, most of whole the Cybercrime Center believe they have identified, are behind the majority of cybercrimes we see today. Unfortunately this number is expected to increase as cybercrime continues to yield massive profits.

Lesson: Cybercrime is going to increase in the future – but the European Cybercrime Center really is starting to catch up with those behind it.