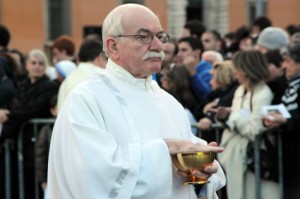 To ensure an equal right to internet hosting for the world, ICANN has issued top level domains to every registered country which has an official ISO code assignment. As we discovered in our previous article about TLDs, some of these countries have a net population of zero, making for some very, very rare domain names. Here are three TLDs you may occasionally encounter.

A UNESCO world heritage site located off the shore of Costa Rica. Cocos Island has a single permanent ranger station and no native population at all, the last attempt at settling there was in 1908. Cocos Island has long been associated with buried pirate treasure – much more so than websites and a digital economy.

The smallest nation on Earth and seat of the Catholic church, the Vatican City measures 110 acres located in Rome, Italy. It is the 6th most densely populated nation however, despite having a population of just 839 people including the Pope himself. The Vatican does make good use of its TLD, hosting dozens of websites and email addresses. The Pope has also recently taken to Twitter under the handle @pontifex.

An often-forgotten outpost of the British Commonwealth, Niue is located in the Pacific Ocean, 1500 miles northeast of New Zealand. In 2003 Niue became the world’s first “Wi-Fi nation”, providing free Internet access to all 1400 residents and establishing them as genuine, active users of the world wide web.

Our mission is to supply high quality internet solutions to individuals and businesses of all sizes. From traditional domain names and web hosting to cloud services such as Hosted desktop and LiveDrive, we offer essential services and products that are both affordable and good value for money. Please give us a call on 0141 585 6363 to speak with a member of our friendly team.